Signs the Universe Wants You To Be With Someone

Love and romantic relationships can be immensely fulfilling. Sometimes the quest for that elusive feeling of true and everlasting love can become frustrating. You could be in a relationship which doesn’t quite feel right or be single waiting to meet ‘The One.’ How do you know when you are on the right path as far as romantic love in your life is concerned? Perhaps you have dated so many people in your life, but have always ended up feeling cheated and wishing you had never invested so much of yourself into it.

Did you know the universe gives you simple messages to help guide you? If you’re attentive enough, you will often get messages guiding you on when to proceed with a relationship, when to consider ending it and perhaps when to slow it down a notch.

Signs the Universe Wants You to Be With Someone

1. You are at peace with being by yourself Have you ever noticed that the women who are not actively looking to find love have all the guys chasing after them? Those who are desperately praying to find love usually don’t get it and there is a reason for this. A woman who is content to be alone is confident about who she is and usually is not looking for validation from a man.

She probably wants to find love someday but is happy to be single until the right guy comes along. Also, she doesn’t mind waiting as long as it takes. She is unwilling to try one guy after another. If the right guy never comes along, then that is fine as well.

A woman who wants to find love today desperately, end up being actually quite unattractive to a man. On the other hand, her desperation to be in love may lead her to drop her standards. She is likely to end up with just any other guy rather than a man she actually has something in common with.

2. You are clear about what you’re looking for

If usually takes a very long time to get to the point where you are completely certain about what you want in a partner. It takes a lot of self- introspection, knowledge of yourself and maturity.

Look at it like walking into a grocery store and not being certain on what it is you need to buy. You won’t know until you see it. Also, you may end up buying many items that you don’t need and in tern or may end up buying nothing at all.

When you finally achieve this level of clarity, it is a sign that you are ready for a serious relationship. You could come across lots of guys interested in you but quickly turn them down because you have no doubt that they are not what you are looking for.

A deep certainty and clarity signals the universe to bring ‘The One’ along. 3. Certainty that your past should remain in the past

If you are like many single people, there is a nagging feeling at the back of your head that a particular ex-girlfriend or boyfriend was the one you were meant to spend the rest of your life with.

It hangs on you for years. You may even subconsciously hold back on subsequent relationships in the hope that an ex-boyfriend or girlfriend comes back into your life.

Sometimes it takes many years to come to a place of complete certainty that it was not meant to be forever.

You know you’re meant to be with someone if you meet them as soon as this momentous clarity is achieved. It gives you freedom and courage to explore new possibilities with no baggage or doubt whatsoever. If you are dating someone and for some reason you keep hearing the same love song every time you are together, it would be a good idea to listen to the lyrics of the song more closely.

For example, you’re in a happy relationship but are afraid of the thought of marriage. Suddenly, the song ‘I’ll be loving you always’ is playing at the restaurant when you walk in for dinner.

A week later the same song is what is playing in the background when you randomly walk into a store at the mall. Days later you are listening to a late night radio show as you drive home and a listener requests the very same song.

A song is stuck in your head. You must have had times when you heard a song and it just wouldn’t get out of your head. For hours, sometimes days, it is what is playing over and over in your head.

You even find yourself subconsciously humming its tune. It may mean nothing at all but it is important to take a closer look at the lyrics and ask yourself if the universe is gently pushing you towards someone.

Finding and losing items may be as a result of ordinary human forgetfulness or carelessness. Sometimes it is the universe’s way of passing a message.

Losing items: For example, you and your ex-boyfriend, to whom you were engaged, broke up over a year ago. You were devastated at the time, believing that you could never love again. You haven’t met or talked since and the only thing you have clung to all these months is the engagement ring he gave you.

Now that you have a new man in your life, you’re struggling to let go of the hope that your ex will one day come back begging to take you back.

It happens that the very same week your new man proposes to you, the treasured engagement ring gets lost in the process of moving house. Is it a coincidence or is the universe asking you to let go of your past?

It is clear that the universe, our guardian angels or whichever guiding power we choose to believe in does communicate with us. Now you know what signs to look out for when the universe wants you to be with someone.

When to stay away from a love interest

Let’s look at the flip side. What if the universe doesn’t want you to be with someone? What kind of signs might you see if your guardian angel wanted you to stay away from a love interest?

Here are some signs.

Different people warn you about them

There is no chance that these 4 people could have conspired to turn you against you new love. They have never even met.

It could be that these people picked up on a negative vibe or noticed some worrying negative traits in your boyfriend. You haven’t picked up on them because you are so in love with him.

Your plans keep getting disrupted

When the universe wants you to stay away from someone, it will do anything to disrupt your plans. Every time you plan to meet something happens and the meeting never happens.

For example, perhaps you have planned to go out for dinner, but that evening something happens and you get called back to work to deal with an emergency. Or the following week, you plan to meet up for drinks after work but you develop a stomach bug and have to stay home.

If you notice that plans with a potential love interest keep failing, it is time to raise your antennae for more messages from your angels.

Gut feelings are hard to explain scientifically but that doesn’t mean they should be ignored. Your intuition is in tune with the universe so you should not ignore it when it warns you about someone.

Many women who later learned they were dating serial killers or hard core criminals, say they had a strange feeling of doubt and anxiety whenever they were around these people but ignored it.

These are just a few pointers to help you through your dating and relationship life. You can never have too much information so why not tap into the wisdom of online dating programs as well. Listening to these has made me more confident and self-aware than ever before. The universe is constantly communicating with you. Sometimes to commend you for work well done or sometimes to urge you on a particular path that might lead to impending danger.

The universe communicates on matters of the heart too. Take time to listen for guidance. Keep in mind that in this realm, there is no such thing as coincidence.

In fact what we see as coincidence is a language used to pass messages. Keep your eyes, ears and your spirit open for guidance on your love and all other areas of your life. 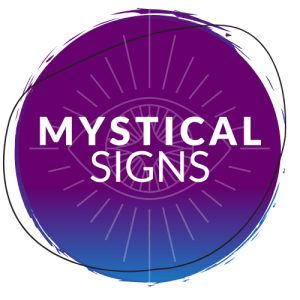